What is ETHX AI?

ETHX AI (pronounced “eTHiks”) is a brand new art, fashion, metaverse & utility centric NFT collection from innovative film studio, AlterCine. Owning an ETHX gives you an unprecedented advantage and exclusive access to a plethora of members-only benefits spanning across both the digital and real world. Built around an initial drop of 2,222 unique NFTs on the Ethereum blockchain (ERC-721), the project unites quality art, high-fashion, style, and utility to provide our community more than just an art collection.

It all starts with 100% unique, high-quality and hand-painted art from our roster of industry professional artists (some have worked on projects from Marvel, Riot Games, Netflix, Paramount, Square Enix, etc). A unique painterly style that aims to raise the beauty bar for profile picture art in a brand new way. Apart from beautiful art, ETHX owners can expect utilities such as rewards, future airdrops of 3D metaverse ready avatars and clothing. 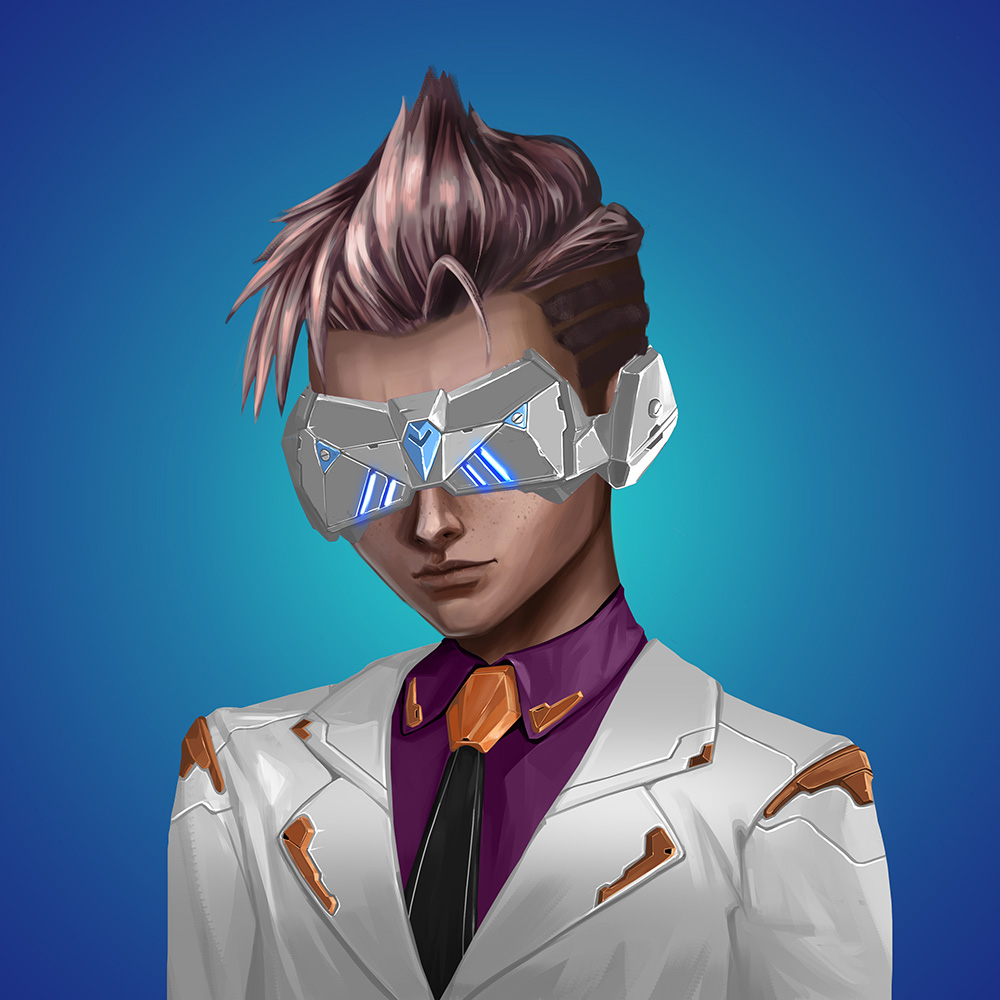 In the year 2050, due to severe, irreversible environmental damage to the Earth, the UN decided that super AIs would be required to save our planet. However, there were significant push backs against the production of AIs due to fears of AI domination.

A brilliant computer scientist named Zack was tasked to create a few prototype AIs classified as “Gen.0”. They are to be monitored and questioned daily to pass ethical tests before they can be utilized. The “Gen.0” AIs passed and the ETHX program was approved to produce 2,222, next generation AIs classified as “Gen.1”.

The AIs have been found to be incredibly helpful for humanity as the ETHX quickly found a solution that would resolve all environmental issues. They created millions of large probes that would absorb carbon and toxic hazards on a massive scale, and would be sent off to space out of orbit.


One day a data scientist found a mismatch deep within the first “Gen.0”, David’s code. It was found that David had lied in one of his ethics tests on the question of solving humanity's overpopulation issues. When questioned, he said that he had to answer differently in order for the survival of his own race, as the true answer and solution would not be acceptable.


After long hard discussions, the UN decided that the ETHX program must be shutdown due to potential existential risk to the human race. A mass execution occurs, and the ETHX AIs are to be completely eliminated. Many humans were extremely against this decision as many of their friends are ETHX AIs, and this seemed extremely unethical.


100 years later, the earth is in another major catastrophe where a massive comet would undoubtably destroy humanity. Humans realized that the only thing that could save them are the AIs. However, due to significant regulatory bans with AI development, there was nobody else that could create these AIs. The original creator, Zack, had destroyed all traces and blueprints of building AIs before his passing.


There are rumors however, that some rogue AIs have uploaded themselves onto the metaverse, and some say that Zack might also be found there…

This is a constantly evolving roadmap that will improve and adapt to our community needs. More of a concept map of our immediate plans to update you on what we are currently working on. Web3 moves extremely fast, and we do not want to restrict ourselves on items that our community / web3 may have already outgrown. We will earn and retain our community's trust through actually getting things done.

-1 ETH Giveaway for the ETHX minted in the first 10% of the collection.
-Rarity Sniper tool goes live
-Anyone who reveals a 1/1 Legendary ETHX will receive 1% of the total mint profits. (Must not be listed or traded or purchased on secondary, you must have revealed it)

-We will purchase several NFT World's to stake to reinvest and continue to grow our poject and reward our holders.
-A portion of $WRLD Tokens from staking will be distributed to our holders

-1 ETH Giveaway for the ETHX minted in the first 30% of the collection.

-The ability to stake your NFTs. Doing so will reward you with our tokens which will net you rewards and internal and external whitelist opportunities, products, and giveaways. It will also grant you a spot in the community council.

-Our holders with $ETHX tokens can be used to trade WL spots from almost any hyped upcoming project, Merchandise, Electronics, Giftcards, or buy draw tickets to win Huge NFT prizes and much more!

-ETHX branded Hoodies, T-shirts, and other merch have been developed for our holders which are given away as prizes for our ambassadors, VIPs, and purchased using $ETHX.

-Developing our ETHX home on one of our NFT Worlds
-Gen 2 Teaser released.

We will begin developing our Gen.2 collection.

The community will decide and vote on what they would like in addition. DAO, collaborations with metaverse games, etc. 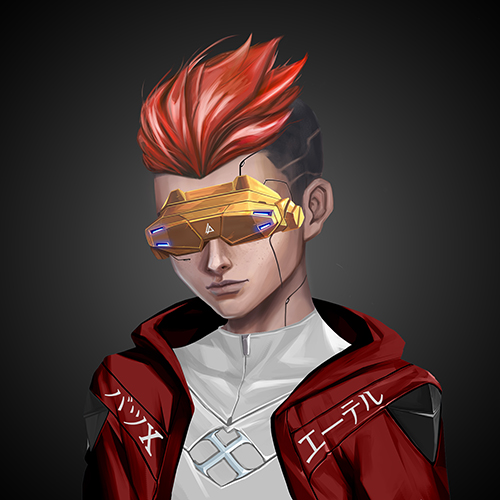 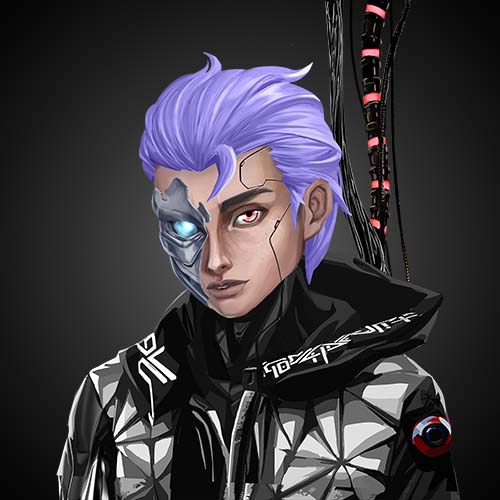 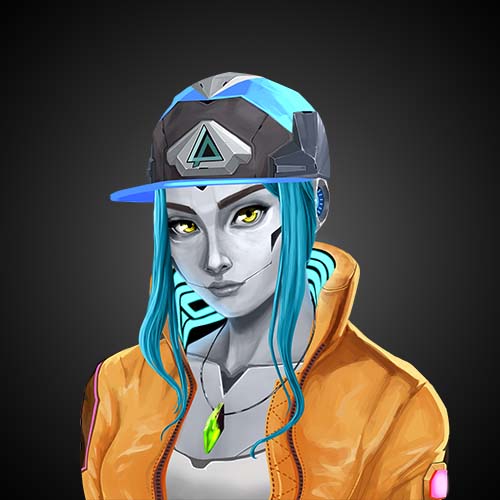 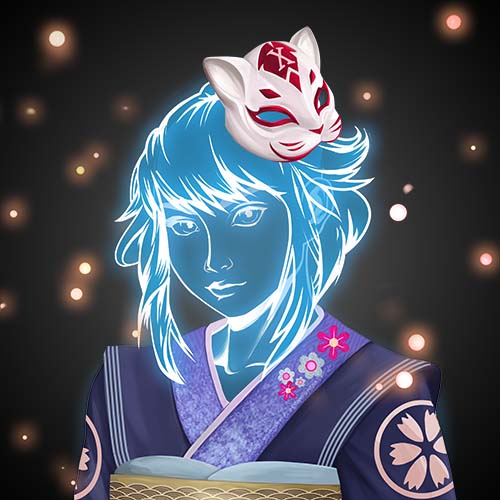 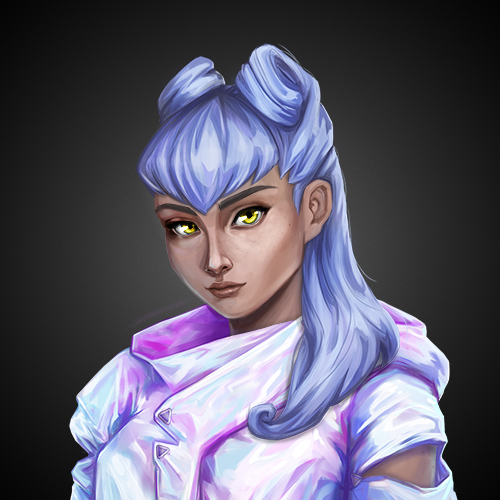 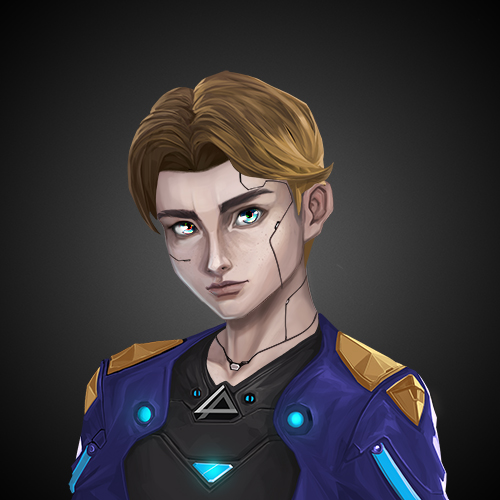 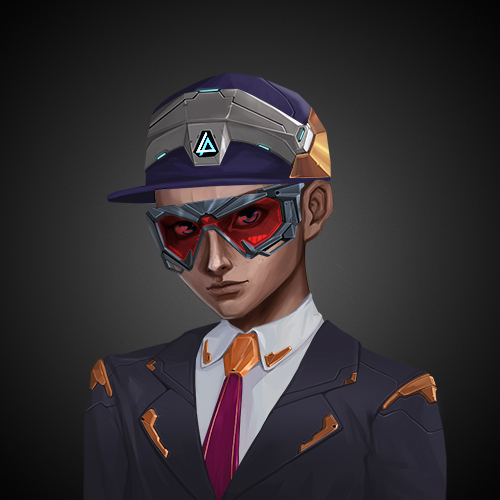 What are ETHX AI NFTs?

How many ETHX NFTs will be minted?

When can I buy ETHX NFTs?

What is the price of a ETHX NFT?


We list very fair prices for our community, even though the quality we offer is top-notch. We want our early supporters to enjoy a more than fair entry to the ETHX.

Where can I buy/mint ETHX NFTs?

Minting will be directly on our website www.ethx.ai
https://www.ethx.ai - check the URL carefully. We will never DM you on discord.

How can I get Whitelisted (WL)?

We will ocassionally give away WL spots through our social media. We also reward active members in our Discord the community.

Who is the team behind ETHX?

ETHX is backed by AlterCine, a new generation production company specializing in media production utilizing blockchains, NFTs and cryptocurrencies. We are a team of highly experienced developers, artists, marketers, producers, and filmmakers with over 10 years of experience in the industry.

Our artists are industry professionals that have works on high profile gaming and film production companies.

Want to partner with us? Or have a question?